TRAVERTINE MADE IN ITALY

Travertine is a calcareous rock of chemical deposit formed by precipitation of calcium carbonate (near springs, waterfalls, lake basins), or by rapid variations in temperature and pressure or by action of certain organisms, such as algae and bacteria, which subtract CO2 from the waters in which they live, precipitating CaCO3 in the form of encrustations. It is characterized by a porous, vacuolar, cavernous structure, due in large part to the voids left by the plants of the basins fed by such waters, which, incorporated by calcareous encrustations, then disappeared by decomposition. The lighter and more carious varieties are commonly called sponge stone, or spongon, and calcareous tufa.

The color of the travertine

The color of the travertine depends on the oxides it has incorporated (which happens quite easily, being by nature a rather porous stone). The natural color varies from milk white to walnut, through various shades from yellow to red. There are frequent fossil footprints of animals and plants.

The industrial quality of the sedimentary bench depends substantially on its compactness. In general, however, travertine is a sturdy and docile stone, usable from floors to both exterior and interior finishes, and also, in some cases, to sculpture.

The aesthetic quality is now defined by the architects, being very refined, in the last fifty years, the industrial processing methods, and multiplied the possible treatments. In Italy, the best travertines come from the areas on the edge of the Lazio volcano, in particular from Tivoli (which gave its name to the so-called “Roman travertine”, called by the Latins “lapis tiburtinus”), but there are also deposits in Tuscany, in Umbria and in the Marche. Other fields are being exploited in North Africa (Tunisia) and in South America (Chile).. 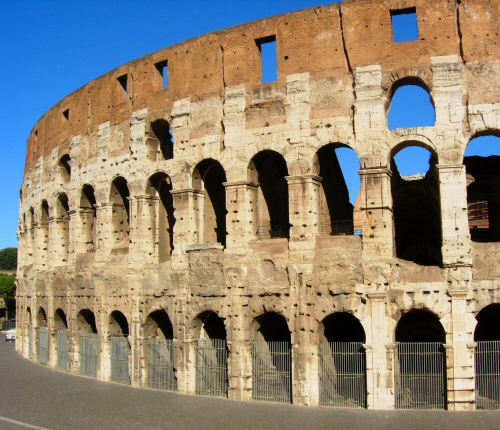 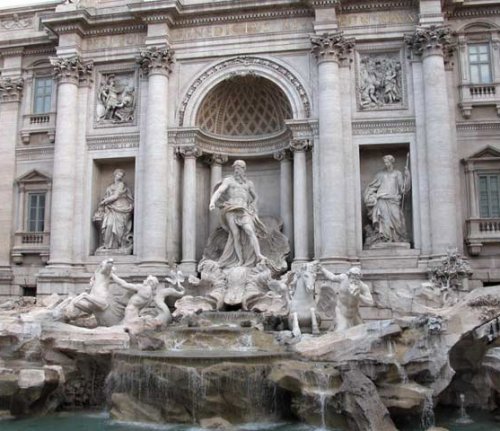